Wiam Haddad attended FEAT last month and sent through a note about his 13-month adventure –  a posting to Marion Island, which lies in the sub-antarctic Indian Ocean. Declared a Special Nature Reserve, the only human inhabitants on this South African island are research-station staff.

Of Marion and nearby Prince Edward Island Wikipedia writes, “The islands lie directly in the path of eastward-moving depressions all year round and this gives them an unusually cool and windy climate. Strong winds blow almost every day of the year. It rains on average about 320 days a year and the islands are among the cloudiest places in the world”.

“It was quite an adventure living and working in such a harsh and remote place for a year, with only 19 other people to talk to,” Haddad says. Listen to his personal account and gape in wonder his images of the island at mini-FEAT.

Venables’ (59) has been mountaineering for almost 40 years. His accomplishments make for a lengthy list with first ascents, new routes, technical climbs and expeditions in the Himalayas, Peru, Bolivia, Patagonia and South Georgia Island.

Although he became the first Briton to summit Mt Everest without bottled oxygen (1988), it was his expedition on Panch Chuli V that brought Venables to my attention when I read his book, ‘A Slender Thread’ a few years ago. In this book Venables tells of breaking both legs while descending the mountain when an abseil anchor failed. He was rescued by his Indian and British teammates. This book, one of 12 that Venables has written, is a page turner.

At this mini-FEAT event, Venables talks about “Mountains of the Southern Ocean”. Venables describes highlights of his many sailing-climbing expeditions to the Far South, including his expeditions to South Georgia Island – following in Ernest Shackleton’s footsteps – and Tierra del Fuego. This year he led a ski-mountaineering expedition to the Antarctic Peninsula with the internationally renowned yachtsman and climber, Skip Novak.

There’s no need to bring along a printed ticket. The most important is to know your seat number. Just take a photo of your ticket on your phone (from your computer screen) to bring along with you; or remember to save the sms confirmation that is sent to you.

The Victory Theatre has comfortable ‘armchair’ seating in the LOWER body of the theatre as well as the UPPER balcony. Please contact Lisa directly for wheelchair (w) reservations. 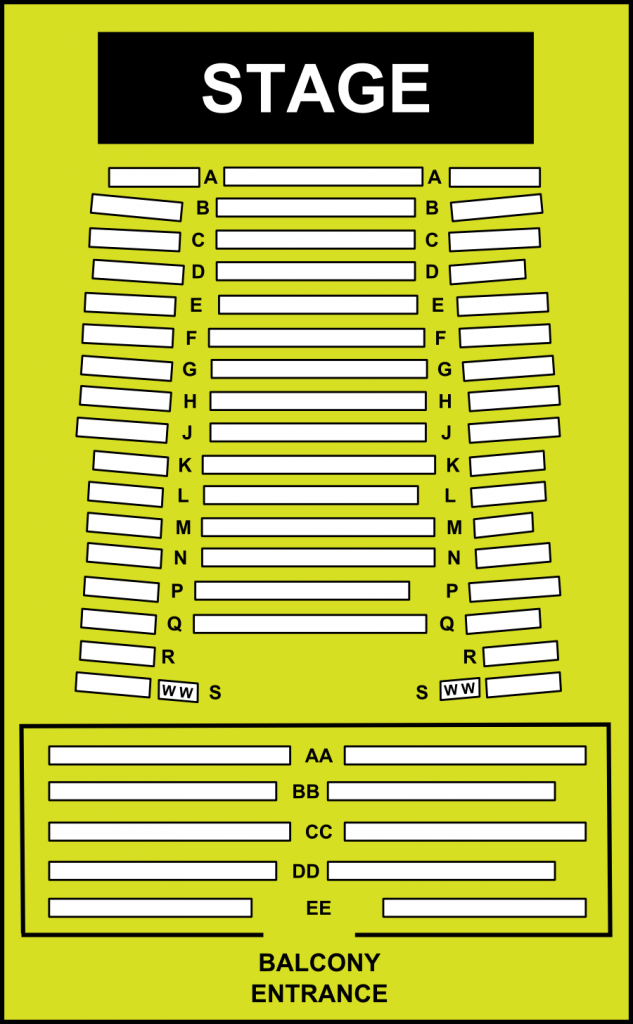 The Theatre has three bars. You can take your drinks in. They also make fresh popcorn.

The Victory Theatre has undercover parking for around 120 vehicles (R10/car). The entrance to this multi-level garage is off Louis Botha (heading East; there’s an island between lanes). Turn left just after the BP petrol station (almost as if you’re turning into the forecourt).

Overflow parking is street-side. We have both the theatre’s parking attendants and our own FEAT car guards out there to direct you and to keep an eye on your vehicles. We hoping to have access to the parking at the Moscon building. The guards will direct you as necessary. No fee for street-side parking. R10/car for Moscon parking. 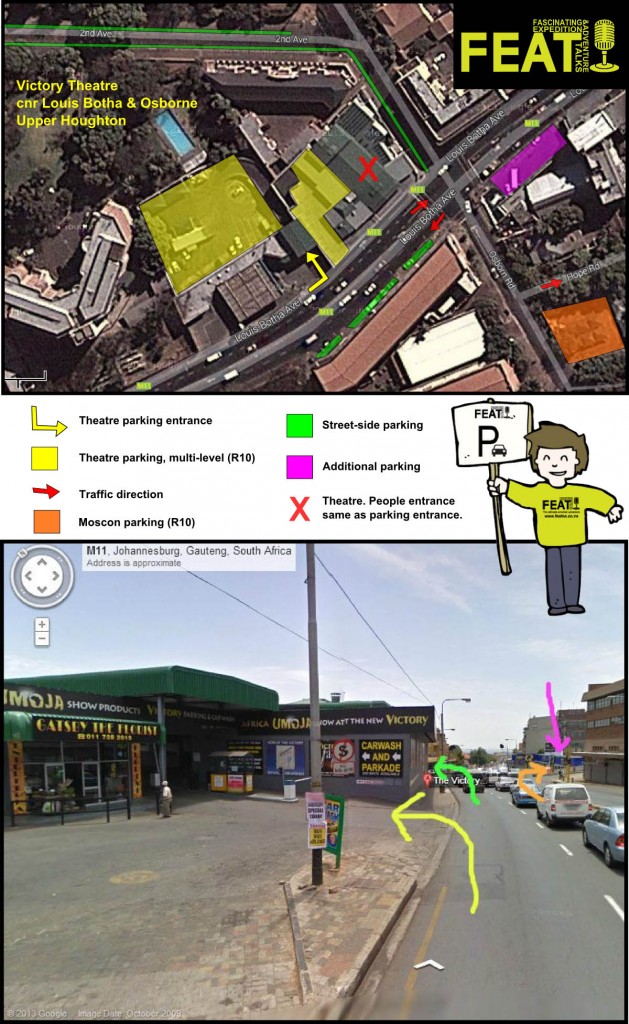