After many years of ultra running and competing in multi stage endurance races around the world, a bi-lateral hip replacement forced Guy Jennings to focus more on mountain biking. The thrill of travelling and competing in races through deserts and over mountains both locally and internationally saw him seek races (and bikes) that were different from the norm. 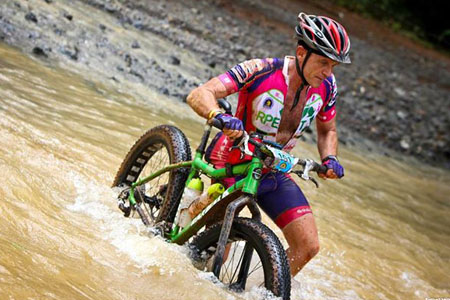 A few years ago Guy was introduced to ‘fatbikes’. He was hooked and has subsequently competed on his fatbike in local and international races. In February he travelled to Alaska to ride in the Iditarod Invitational. With 350-mile and 1,00-mile route options it’s the world’s longest winter endurance bike race. More recently, Guy and friends rode through the Namib desert on their fatbikes.

At FEAT Guy speaks to us about ‘Going to fat in Alaska’.