Ever gallivanting and travelling, I’ve missed getting Sean Disney to FEAT for a few years. I’m delighted to catch Sean and Vaughan de la Harpe fresh off the plane from their adventurous exploits in Iran. They have a super book, “Poles Apart – with some pointy bits in between”, which is a great read. In a conversational style, it tells of their mountaineering and polar adventures together (you can get an autographed copy at FEAT). 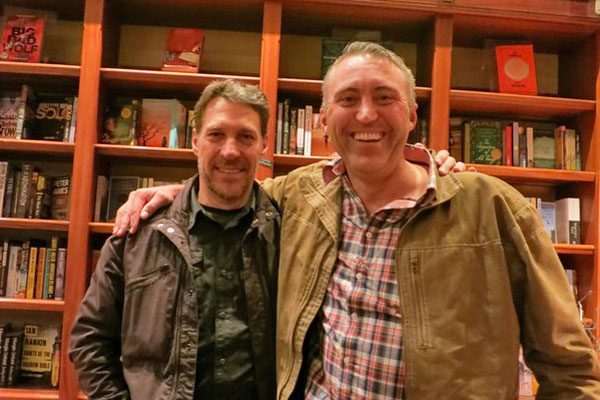 Friends and expedition companions for over 10 years, Sean and Vaughan have mutual respect and trust for each other.

Sean is an accomplished mountain guide and MD of Adventure Dynamics International. He has climbed Everest from both sides and is a two times 7 Summits climber. Sean is a qualified paragliding pilot, private pilot, open-water diver and cyclist.

Vaughan is the MD of a company based in Johannesburg that specialises in the administration of insurance-related products. He is the first South African, along with Sean, to have completed the Explorers Grand Slam.

With the 7 Summits and poles tucked away, this pair are currently working their way around and up the highest volcanoes on each continent.

At FEAT, Sean and Vaughan speak about the people they’ve met on mountains.