Bernie Theron grew up in the flat terrain of Pretoria and over time discovered the idea of adventure through Drakensberg trips and weekends of climbing with family and friends. 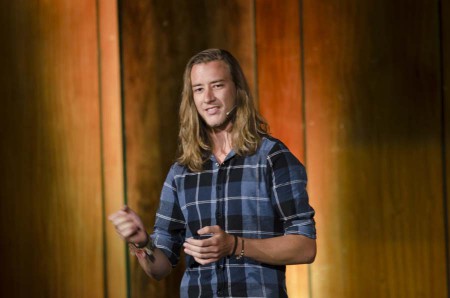 “When I finished school I headed out in search for my own kind of adventures,” he says, “which led me to the Cape Fold Mountains, Iceland, the Alps and beyond.”

Bernie won Mountain Club’s Supertramp 2014 award and the Nightjar Adventurer of the Year Award 2014/2015. He received these awards for his solo, unsupported trek across Iceland in the winter of 2014. At the time Bernie was 19.

“My naivety took me through 27-solitary days of hiking and this trip tested my body, mind and skills to the utmost. It was an interesting journey with a lot of twist and turns, which made me fall even more in love with the idea of solo adventures. This leaves me with only two questions – what is next and when?”

Bernie did a double FEATure speaking at FEAT Kids and FEAT (Jo’burg, 8 October 2015).