Duncan Paul only started ‘adventuring’ 15 years ago. “Building a career, business, family and the costs are the main reasons that I’m a late starter. What is significant is that I have lead a hugely active life since my teens, ” he explains. 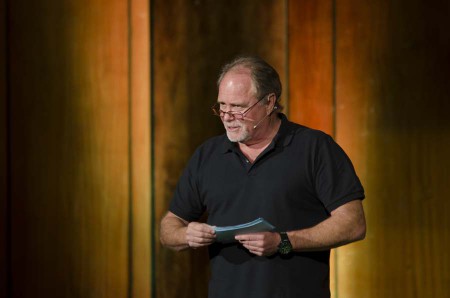 Duncan has climbed Meru Peak in the Himalayas and also Kilimanjaro three times. He has skied the Last Degree to the South Pole, dog-sledded 260km to the North Pole, trekked the remote rain forests of the Congo River Basin, paddled the Arctic North on the edge of the pack ice looking for polar bears and kayaked 700km of the Zambezi River. In 2014, in a double kayak, Duncan paddled the Yukon River for the second time; this time for the Yukon 1000, a 1600-kilometre unsupported race through the Canadian and Alaskan Wilderness.

“Whilst my motto is ‘Do it while I can and it is still there’, age dictates that the pace may be slower but the distances can be longer!” he says.

At FEAT (Jo’burg, 8 October 2015), Duncan spoke to us about his Yukon paddling adventure.