Tim Biggs’ passion – since his university days in the mid-70s – has been canoe racing. He represented South Africa at canoe marathon races around Europe, won the Dusi Canoe Marathon a few times and has completed numerous international kayaking expeditions.
Tim writes about some of his expeditions in his self-published book, ‘Three Rivers of the Amazon’, a story of his adventures paddling the three main tributaries of the Amazon River: Urubamba River (1981), the Apurimac River (1985) and the Maranon River (2004). 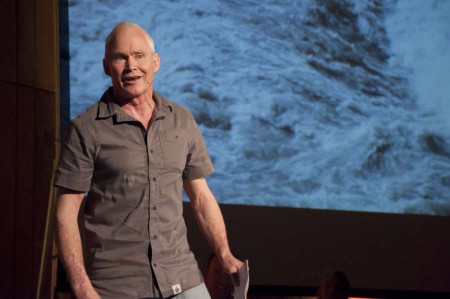 Between these expeditions Tim worked as a geologist and then as a timber farmer to raise his family – three sons and a daughter – and to fund other kayaking expeditions to Alaska, Colca Canyon, Peru, the Himalayas and a host of rivers around Africa like the Zambezi and Congo.

After 20 years of timber farming in the Natal Midlands, Tim and his wife Margie moved to Hout Bay where Tim restarted his career in Engineering Geology. He upskilled by completing an MSc in 2014 and has been working on projects in South America and Africa.

“My passion is painting, trail running in the mountains, surf skiing and kayaking,” he says. Tim is also involved with outreach projects in the Hout Bay townships.

At FEAT (Jo’burg, 8 October 2015), Tim spoke to us about kayaking the three rivers of the Amazon.