Through the recent GivenGain newsletter, I’ve learned about Mad2Run, a group of runners who do an annual multi-day, non-stop relay covering 1,490 kilometres between Jo’burg and Cape Town in seven days. They did runs in 2014, 2015 and 2016; they’re already planning their 2017 relay, which starts on 7 April 2017. 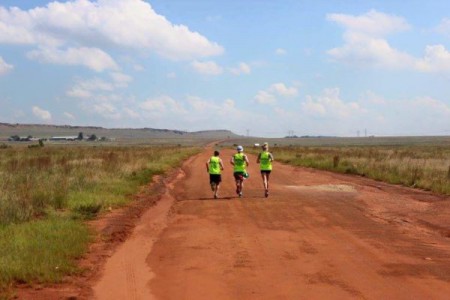 The ‘event’ was initiated by Shaun Raff. According to the Mad2Run website, “After watching an inspirational talk given by Braam Malherbe (who ran across the great wall of China in aid of the charity Miles for Smiles). He got home, rather emotional, and immediately sent out an email to all of his friends and invited them around for an ’emergency braai’. Over a few too many beers he was able to convince his mates that they needed to do something meaningful in their lives. The maddest suggestion – lets run to Cape Town…It will be fun they said…”.

12 runners participated in each of the previous relays; there will be 24 for the 2017 run.